Our Name & OUR PURPOSE

One of the challenges in starting a new enterprise is finding the right name to reflect the essence of the organization. In 1999, as we were forming the foundation, we read through an entire dictionary searching for the perfect name; it was there that we discovered the word “lodestar.” “Lodestar” has two meanings: first, it’s the guiding star that is used as a point of reference for sailors in navigation, and, secondly, and more generally, it is something that serves as a model, inspiration or guiding principle. We subsequently learned that “lodestar” has a third meaning in Arizona history; the “lodestar” was the first shining glint of ore, uncovered by miners, that foreshadowed striking a rich vein of ore in the mine. Applying any of these three definitions, it seems the perfect name for the below-listed family of foundations that were formed to inspire and guide us to find happiness through philanthropy.

When our journey in philanthropy began 21 years ago, we believed that we could achieve personal happiness through philanthropy. This belief was based on the theory that philanthropy is essentially a selfish act – we engage in philanthropic activities because it makes us happy to do so.  As a result, we crafted the following byline to the Lodestar name:  “Seeking happiness in philanthropy.” Over the years, however, as our philanthropic experience has deepened and our work has had a more profound impact on us, we have come to realize that happiness is not the ultimate personal philanthropic prize; the true reward is finding meaning in our lives through philanthropy. As Viktor Frankl, the famed psychiatrist, Holocaust survivor and author of “Man’s Search for Meaning” has stated, “The greatest task for any person is to find meaning in his or her own life.” Hence, our philanthropic journey has led us to create a new byline that more accurately describes our past and will guide us in the future, “Seeking meaning from philanthropy.”

Our mission is to maximize the leverage of philanthropic dollars, time and effort through the pursuit of two strategies:

The Lodestar Foundation is focused in our grantmaking and will consider funding only organizations, projects and programs that further our mission.  Moreover, our grants are designed to leverage the Lodestar Foundation’s assets to the fullest extent possible. Not only do we try to maximize strategic impact by focusing on projects that support systemic changes in the way nonprofits conduct business, we often leverage our funds by establishing challenge and matching grant requirements which may be applicable to our grantees and their boards as well as third parties. We generally require our grantees to report to us periodically for at least two years after funding to let us know how the grant has impacted their work.

In addition to making direct grants, the Lodestar Foundation also engages in field-building activities to build knowledge and to educate others in the areas of philanthropy and collaboration.

To implement our strategy of encouraging philanthropy, the Lodestar Foundation focuses on advancing the cause of philanthropy broadly and building the general field of volunteerism.  We do not support place-based or issue-based philanthropic programs; rather, we focus on advancing the concept of philanthropy across major constituencies in the sector.  Our grants supporting volunteerism are limited to broad-based national and international efforts that promote volunteerism, and therefore we do not make grants to individual nonprofits to enhance their volunteer programs.  We support donor networks as well as nonprofits that primarily exist to encourage philanthropy, volunteerism or public service generally for the public good.

The Lodestar Foundation supports those nonprofits that have made the joint decision to explore and/or implement permanent relationships. We support sustained collaborations in all forms, ranging from joint programming to administrative consolidations (sharing office space and/or services) to mergers and acquisitions to associations and confederations.

To see collaboration in action, here are two videos for viewing. The first video, funded by Lodestar, describes a unique and powerful form of collective action that has been effectively utilized in armed conflicts around the world and can be applied to many other issues best resolved through collaboration. See it  here.  The second video illustrates the power of networking with others. In fact, Lodestar received a “First Follower” award from Social Venture Partners (SVP) International, an international philanthropy network that Lodestar inadvertently founded when we started the second-ever SVP (copying the very successful SVP Seattle) and which now consists of more than 40 affiliates in 8 countries.  See it here.

For ease of access, we have divided our grants into categories:  Philanthropy Grants; Collaboration Grants; Exceptional Grants; and Special Projects We also have a list of all grants made by the Lodestar family of foundations. We encourage you to review descriptions of our grants by clicking here.

For ease of access, we have divided our grants into the categories listed below. We encourage you to review descriptions of The Lodestar Foundation grants by clicking on the links below.  Certain grants are marked with an asterisk (*); they are considered our signature grants and also are listed on a separate page entitled “Signature Grants.”

For ease of access, we have divided our grants into the categories listed below. We encourage you to review descriptions of The Lodestar Foundation grants by clicking on the links below.  Certain grants are marked with an asterisk (*); they are considered our signature grants and also are listed on a separate page entitled “Signature Grants.”

To see the full extent of Lodestar grantmaking, explore a complete list of our grantees.

To see the full extent of Lodestar grantmaking, explore a complete list of our grantees.

For ease of access, we have divided our grants into categories:  Philanthropy Grants; Collaboration Grants; Exceptional Grants; and Special Projects We also have a list of all grants made by the Lodestar family of foundations. We encourage you to review descriptions of our grants by clicking here. 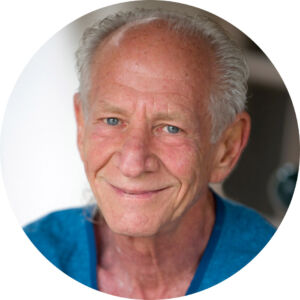 Jerry Hirsch began his professional career in the computer/aerospace industry.  He then practiced law under constitutional scholar, John P. Frank (noted for his Supreme Court advocacy, such as for school desegregation, leading to the Brown vs. Board of Education decision and for defending Ernesto Miranda – the “Miranda warning”).  He then pursued commercial real estate development and other entrepreneurial activities.

Since 1995, Jerry has spent most of his time in philanthropic pursuits, primarily as founder and chairman of The Lodestar Foundation.  Because of the success of Lodestar’s pioneering leadership in advocating and supporting nonprofit collaboration, he was recognized in 2010 by Barron’s Magazine by being ranked eleventh among the world’s 25 most effective philanthropists.

Beyond his work with Lodestar, Jerry has pursued promoting peace and/or stability in the world; he is on the advisory board of the Global Leadership Foundation, created by former South African President FW de Klerk, has been a multiple speaker and sponsor of the Forum 2000, created by former Czech Republic President Vaclav Havel and serves on the international board of the U.S./Middle East Project, created by the Council on Foreign Relations.

Jerry has been presented with numerous awards for his philanthropic and civic work but has turned most down, believing that others would benefit more from the public recognition.  However, he is most proud that his law school, in 2021, for the first time in its fifty-plus year history, created a lifetime achievement award and gave it to him.  An even bigger source of pride is his six kids and twelve grandkids.

Jerry is an avid runner (he has completed seven marathons), has hiked Kilimanjaro, the Everest base camp and other exotic treks, enjoys other active sports and poetry, but his greatest passion is trying to repair the world.

You can learn about Jerry’s journey to philanthropy and about some of his other views from his talks on www.Youtube.com. 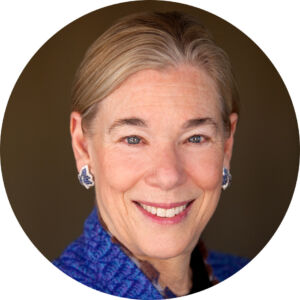 Lois Savage has been involved in the social sector for her entire adult life, initially as a part-time volunteer and then as a board member on various nonprofit and municipal boards and commissions, so it was a logical evolution that, after spending twenty-plus years practicing corporate real-estate law, she decided to embark on a second career in philanthropy. Her timing was synchronistic – in 1999, as she was exploring her career change, she met Jerry Hirsch as he was deciding to formalize his philanthropy and together they formed The Lodestar Foundation. Lois has served as president of Lodestar ever since.

In addition to her Lodestar duties, Lois served as the first executive director of Social Venture Partners Arizona (“SVPAZ”, a venture philanthropy organization initiated by Lodestar) for the first eighteen months of its existence. By virtue of being the second SVP group (modeled after the first Social Venture Partners group in Seattle), SVPAZ inadvertently sparked the formation of Social Venture Partners International (“SVPI”), a network that now consists of more than 40 SVPs around the world; on the tenth anniversary of SVPI, Lodestar was given a specially created “First Follower” award because of Lois’s instrumental role in the organization’s growth.   She also, along with two other foundation presidents, reinstituted the Arizona Grantmakers Forum (AGF), the primary support and networking organization for the burgeoning community of grantmakers in Arizona. AGF recently gave Lois special recognition for her leadership role in the growth of that organization over the past twenty years.

Lois was born and raised in Massachusetts; she holds a B.A, in English from Vassar College, an M.A. in English from Simmons College, and a J.D. (with honors) from Boston University. She and her husband, Steve, have three children and five grandchildren, whom they consider their greatest achievements.

In addition, we strategically engage consultant expertise on an as-needed basis.

While The Lodestar Foundation is based in Phoenix, Arizona, and a number of our grants support local nonprofits, we are opportunity-driven and our grantmaking is national and international.  We constantly seek opportunities that are aligned with our mission and strategies and that include funding partners to participate with us.